Home > Lifestyle Influences > Do You Want to Live to 100? 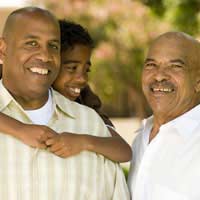 In an interview when asked “What would you hope they are saying about you 100 years from now?” – Comedian and Film Maker Woody Allen replied, I hope they are saying “Damn Woody looks good for his age.” All kidding aside, before you wish to live as a post centenarian have ever stopped to think what it will be like to be 100, or 120 or more for that matter?

First of all many of today’s centenarians have had to deal with the reality of outliving friends, family, spouses even their own children. Are you prepared to do that? Keep in mind too, that while many of the centenarians we have profiled in these pages continue to lead active healthy lives, not one of them would say they feel as good as they did in their 70’s or 80’s. If you think you wake up now with aches, pains, and are generally slower than you once were, expect that to be worse once you reach the magic “one-oh-oh.” Many centenarians when asked, say they “have lived long enough” and would just hope to “pass on” one day soon peacefully in their sleep.

Yet in the UK, as across the world the numbers of centenarians continues to grow radically. The Queen sends a congratulatory note to everyone who reaches his or her 100th birthday. In1952 when Queen Elizabeth began her reign she sent out a mere 255 such letters, last year that number was more than 4500! So the odds of 100 candles on your birthday cake are certainly increasing. Although chances are you will not have the strength to blow them out.

OK, we’ve looked a little at the “downside” of being100 years old. What about the road to getting there? Theories may vary as to what exactly you need to do if you really want to live to 100, but most experts agree the road to being a centenarian means eating right, not smoking, and exercising. If you are already doing these things no biggie. But what if you are not? If you are a chronic couch potato whose idea of a balanced meal is a burger, chips, and a soda, are you really prepared to give up the things you love just to reach some barely obtainable milestone that you may not like when you get there?

Dr. Thomas Perls, Director of the New England Centenarian Study admits that there are more centenarians today then there have ever been. But he also says the next wave of potential centenarians, the “baby boomers” have done an awful job in preparing for old age. He says that as a group, they have had high-fat diets, drink and smoke too much, and have a sedentary lifestyle.

Other Points to Ponder

Besides the obvious physical and possible mental limitations that one has to look forward to at achieving centenarian-hood, here are few other things you need to think about before striving to get there: