The Children of Centenarians 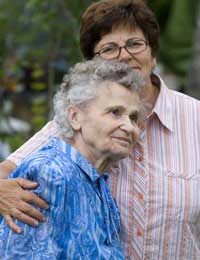 Debate still rages as to whether there is really a centenarian gene actually linked to living to 100 years of age or longer. However recent studies seem to suggest that the chances of living to 100 does run in families, or at the very least the children of centenarians have certain advantages over the rest of us. Dellara F. Terry, M.D., of Boston University Medical Centre one of the key researchers in one of these studies concluded that exceptional longevity did indeed run in families, but at this point Dr. Terry could not say that the research indicated how much of it was due to genetic factors, and how much of the effect was related to lifestyle and the environment.

Dr. Perls found the children of the centenarians' weighed less, take less medications, have a lower incidence of hypertension, and heart disease. Again his research has not determined if the children of centenarians just have good genes, or picked up better lifestyle habits from their long-lived parents.

The children of centenarians, designated "C-Children" in these studies, exhibited several other advantages to the other offspring in the study, not all of them health related. The study discovered that on average C-children had significantly more years of education then the others in the study and a much greater degree of daily functioning and activity levels. "Functional" status was determined by the researchers assessing the persons abilities to perform routine tasks such as using the phone, doing the grocery shopping, preparing their own meals and correctly taking their medications.

The study showed a broad range of health benefits for both males and females to having had centenarian parents. There were only two persons in the study who had both parents who were over 100, but two was not enough to show any statistical relevance of having both parents being a centenarian. However by extrapolation one can assume that if having one helps, having two couldn't hurt!

Where They Didn't Do Better

Surprisingly there were some areas normally related to aging were the C-children did not fare any better than the children of people who died in their 70's. There were no significant differences between the C-children and the controls in the study in the in the prevalence of:

While none of the studies of the children of centenarians were able to definitively prove why they seem to have better odds at achieving the same milestone as their centenarian parents, all the studies seem to indicate that if your parents cross that magic triple-digit threshold, you have a far better chance of doing the same than the rest of us.