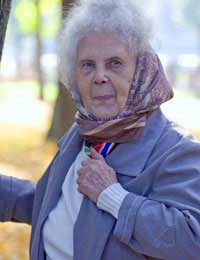 While not quite a member of the centenarian club yet, Nola Ochs, is about to make history. The 95-year-old "senior" at a Kansas State College, will become the oldest person to graduate from college when she completes her bachelor's degree later this year. If current research is any indication, that shows that most centenarians remain mentally and physically active well into their 80's and 90s, Nola will likely join some of the following super seniors.

This list can go on and on. Perhaps one of the most remarkable things about these centenarians is just how unremarkable they consider themselves and their lives to be. As a group most centenarians seem to be very humble. Most dismiss living to 100 as being in and of itself any kind of achievement, but say any life no mater how long or short carries with it its own rewards if it has been a life well lived.