Home > Age Statistics > How Many People Live to 100 Across the Globe?

How Many People Live to 100 Across the Globe? 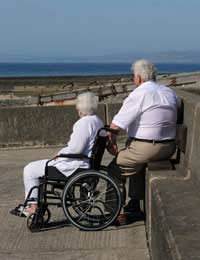 If you have been following these pages then you have already come to find out that centenarians, people who reach the age of 100 years or more, are currently the fastest growing part of the population. You have learned a little about where they live, how they live, and have taken away maybe one or two of their secrets. So you may now be wondering just how many centenarians are there currently living on this planet we call home? Current estimates put the figure of total centenarians worldwide at about 450,000. Exact numbers may be difficult to determine, since many centenarians live in developing or outlying areas, where census data is not often available. However the numbers of centenarians in industrialized nations are still rather impressive.

In total numbers the United States has the most centenarians with currant estimates as high as 72,000. If the population of centenarians continues to increase at its current rate of expansion there could be close to 1 million people of 100 years of age or more by 2050 residing in the US. In the UK while the overall numbers of centenarians are much smaller the trend is the same. The Office of National Statistics reports around 9000 centenarians today in The UK and Wales, a 90-fold increase since 1911, a 7% plus increase since 2005. At the current rate of expansion, UK’s centenarian population could reach over 40,000 by 2031. As in other parts of the industrialized world people over 90 are the fastest growing segment of the population in the UK.

The are many other places in the world that sport high populations of centenarians, many of them claiming to have the “Most Centenarians” (based on their population) in the world. The most recent such claim goes to the Czech Republic where a just completed census says that it has 673 centenarians in the small country. Other countries with large centenarian populations include: