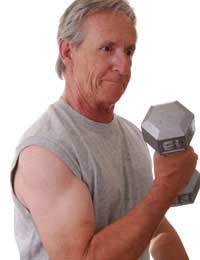 A centenarian is a person who has achieved the age of 100 years or more. It is a milestone that is being reached increasingly worldwide. The numbers of those celebrating a triple digit birthday are dramatically increasing in every industrialized nation the world over. This population is expanding so much that the centenarian is becoming the globe’s most rapidly increasing age group. Which begs the questions, where do these people live, how do these people live, and most importantly what do they eat?

You can find individual people that live to 100 or more that have eaten just about every kind of diet imaginable. However when looking at the group there is consistencies that emerge in those that become a centenarian. Interestingly enough the diet that allows people to live 100 years or more stretches back many more millennia than that.

Our earliest ancestors in prehistoric times where primarily carnivores and ate a diet that consisted almost exclusively of raw meat. Late in Paleolithic times ancient man added to that diet a variety of fruits, raw vegetables, and roots. It is only in the last few 1000 years or so that cultivation farming added grains and dairy product into the human diet. One thousand some odd years is but a momentary blip in evolutionary terms. So it may just be that our systems have not quite caught up with our changing dietary habits. Vast evidence exists that in primitive tribal cultures worldwide that primarily still eat a “Stone-age diet” there is little evidence of obesity, diabetes, cancer, or heart disease – and a pronounced degree of longevity. Similarly, worldwide most centenarians report that they have consistently eaten a diet that closely emulates that of the ancient world.

One of the most common factors among the diets of centenarians is not only the consumption of good foods, but of eating small amounts of food over the course of the day. The benefit of consuming small amounts of food has also been reflected in recent studies that showed rats that were fed only enough food to survive, actually lived 50% longer than their counterparts that were given an unlimited supply of food.

Centenarians are a very diverse group of people. Some follow very healthy lifestyles and others break every rule and reach extreme old age despite drinking and smoking and lousy diets. However, according to Thomas Perls, director of the New England Centenarian Study, living a long life even to 100 is not rocket science. He says the key to a long, healthy life is simple: Don't smoke, gets lots of exercise, reduce fat, build lean muscle mass, get enough sleep, and eat a healthy balanced diet. He said people should really just do what their mothers always told them to do - with one notable exception, don’t eat everything on your plate.

Religion and Spirituality Among Centenarians
Share Your Story, Join the Discussion or Seek Advice..
[Add a Comment]
My understanding is the diet of the people living over 100 in Okinawa was not full of fat and meat when they were growing up and that the people who are eating this way in Okinawa are not living to 100. From the Wikipedia on Okinawa "Okinawa had the longest life expectancy in all prefectures of Japan for almost 30 years prior to 2000.[1] The relative life expectancy of Okinawans has since declined, due to many factors including westernization.[2] In fact, in 2000 Okinawa dropped in its ranking for longevity advantage for men to 26th out of 47 within the prefectures of Japan. " There is a big difference between generations in terms of their diet and life expectancy. We know that it is not genetic as someone suggested because younger Okinawans are getting many of the diseases associated with a more processed foods, higher meat and diary diet. This is also true when people from Japan move to the US. Their risk for breast, prostate and colon cancer goes up along with heart disease. Japanese ancestry does not protect them if they are born in the US.
HK - 22-May-19 @ 4:18 PM
"with one notable exception, don’t eat everything on your plate." I disagree about that.Wasting food is immoral.Just put less food on your plate instead or use smaller dishes to make the smaller portions look larger.Food consumed should be varied and balanced and the portions should depend on your lifestyle.A person that has a very active and hard job (like a farmer or laborer) can easily eat big portions than someone who is sedentary or has an office job.
Phyllis - 15-Feb-19 @ 6:42 PM
Having lived in Okinawa for many years, I can attest that the "okinawan diet" actually contains lots of fried food (andagi and tempura), lots of meat ("sanmai niku" which is fatty pork belly, is one of the most popular dishes there, along with foods cooked with spam), and even with their fish meals they like to eat it with butter.Yes, it's called "butter yaki".So I highly doubt the studies made about okinawans and their healthy diets.Sounds like complete rubbish.Although it is true that many do reach age beyond a hundred years.Perhaps it's genetic.Or perhaps what we think of as "healthy" foods is just marketed by companies trying to sell their view of a healthy diet.To each their own.Also, we could be the healthiest person alive, but if we get hit by a car crossing the street tomorrow, that's a bummer, isn't it?
Ishikawa - 14-Dec-18 @ 3:22 AM
Believing in Karma. Having positive thoughts. Never giving up and moving forward when the going gets tough. Drink coffee, eat cheese, eat eggs, eat grapes, drink tea. Stay away from drugs and alcohol. Love yourself and others who value you for who you are and whom you are becoming.
geoju - 18-Sep-17 @ 7:11 AM
I STARTED READING BOOKS ABOUT CENTENARIANS ABOUT (10) YEARS AGO AND EVERY NOW AND THEN I COME ACROSS MORE BOOKS ABOUT CENTENARIANS AND THEIR LIFESTYLES AND DIETS...AND THE MAJORITY I'VE READ HAVE BEEN MEAT EATERS ALONG WITH FISH AND POULTRY...I'VE READ SMALL NUMBER OF VEGETARIANS AND VERY RARE VEGANS...I'M JUST SAYING THAT APPARENTLY DIFFERENT THINGS ARE WORKING FOR DIFFERENT PEOPLE.
LIN - 27-Nov-16 @ 7:03 PM
Your article confused me. First it says that the diet resulting in longevity is the stone-age one, described as raw meat with some fruits and vegetables possibly thrown in, but avoiding grains and dairy. Then it describes common centenarian diets, all of which feature either grains or dairy.
gracie - 30-Jun-16 @ 3:15 PM
"It is only in the last few 1000 years or so that cultivation farming added grains and dairy product into the human diet." Doesn't anyone fact-check anymore? Try 10,000 years and you'd be closer to the truth. As for dairy consumption, it appears to date back 8,000 years.
Auggiedoggy - 6-Apr-16 @ 3:25 PM
Even though i have a healthy diet and take fish oil every day my life expectancy is 45 years because of the obesity causing antipsycotics i am forced by psyciatrists. i was just as well off them mentally but now i am forgetful and tiered and fat.
crazy annabelle - 26-Feb-14 @ 5:15 PM
This makes sense, especially as obesity is a major contributory factor to heart disease, which can cause premature death. Red meat and fast food of all kinds don't help, and eating and drinking large amounts of heavily sugared and fatty items will also cause problems of many kinds. The more we progress, the more we learn that the way things used to be are really the way forward in most things, Ironic, isn't it?
Caroline - 11-Jun-12 @ 10:45 AM
Title:
(never shown)
Firstname:
(never shown)
Surname:
(never shown)
Email:
(never shown)
Nickname:
(shown)
Comment:
Validate: