Babies of Young Mums Have Twice the Chance of Reaching 100 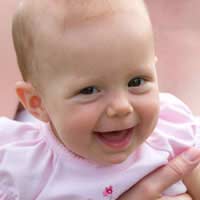 Want to live to 100? Well tell your "mum" to be - to forget about putting off children for career or what have you and get moving. Recent research has shown that children of young mothers have a much greater chance of becoming centenarians, then those whose mothers had them later in life.

A team of US researchers from the University of Chicago recently found that people born to mothers who were less than 25 years old, were twice as likely to reach centenarian status than people born to older mothers. This may in part explain the recent rise in centenarians, since it was much more common for women to have children in their 20's and even late teens, 100 years ago, then it is today.

The study was not set up to track the longevity of children born to young mothers. Rather while studying approximately 200 centenarians born in the States from 1890-1893 researchers discovered that first-born children were far more likely to cross the century mark than siblings who were born later. Upon delving deeper into the phenomenon, the researchers came to the conclusion that the longevity advantage among the first-born children was largely due to the fact that when they were born their mothers were quite young, many in their teens, none older than their early 20s.

The lead researcher on the study Leonid Gavrilov coined this longevity advantage the "Birth Order Effect". Other specifics he discovered during his research included:

Interestingly enough the researchers also found that the "Birth Order Effect" was strictly a factor of the mother's age, and that the age of the father at the time of birth had no bearing on future longevity.

Now that the research seems to indicate that the age of your mother at the time of birth is the greatest predictor of your eventual longevity, scientists are looking for a reason why this would be the case. Research continues into a definitive answer, but one theory is that younger mothers have younger healthier eggs that are less susceptible to damage and genetic variations that can shorten lifespan. Another has it that younger mothers are just generally in better health than their older counterparts. It is likely a combination of both factors. Still the question of why younger mothers give birth to stronger more long-lived offspring remains open, and is definitely worth more research. One of the challenges facing centenarian researchers though is that it can be quite difficult to get detailed, reliable data on events that happened over 100 years ago when record keeping wasn't that good to begin with.

Dr. Gavrilov's research proves that a century ago children of younger Moms had a greater chance of reaching centenarian status then their subsequent siblings. Yet Gavrilov believes thanks to improvements in nutrition and living conditions, that today even children born to women in their 30's and 40's, have a better chance at reaching the age of 100 overall, than any child born 100 years ago.