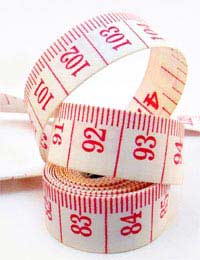 When we get older, we tend to become smaller. That’s just nature – bones shrink, and a number of other physiological factors all contribute to a lessening in size. But some people are naturally small, and they can live longer because of it, according to research.A lot of it depends on being born with the right genes, however, the so-called Methuselah gene, which means you’re naturally long-lived. But even if women have parents who’ve been centenarians, it doesn’t mean they’ll live to be over a hundred themselves.

The Methuselah Gene And Life Expectancy

It’s already been found that the Methuselah gene is related to longer life expectancy, although it’s certainly not there in every centenarian. But what has proved especially interesting to scientists is a variant on the gene. They’ve tinkered around with it in experiments on worms so it produces less of the IGF-1 hormone. The results have decreased the size of the worms, but they’ve also lived up to 50% longer. That made for an interest beginning.

When they created a disruption of the effect of IGF-1 in mammals, it showed a significant delay in the onset of age-related illnesses and increases in life expectancy of up to 40% - most notably in females. It also means a smaller size.

In the case of a number of centenarians of Ashkenazik Jewish descent, the scientist involved, Nir Barzilai, discovered that they weren’t reacting to the IGF-1 hormone. Significantly, they also tended to be physically small, not just because of age – they’d always been that way. From that he understood that their reactions to IGF-1 contributed to both their age and size.

The children of this centenarian group were also examined. The women had high levels of IGF-1, but they didn’t process it normally. Crucially, they too tended to be smaller than the norm – on average one inch smaller than a control group whose IGF-1 functions were more normal.

This new study helps throw a little light on the correlation between height and age in women, but it should be said that people shouldn’t make too much of it, for several reasons.

First of all, although this is important, it’s not widespread. Among centenarians who were examined, only two per cent had that Methuselah variant, so there are certainly many other factors at work here.

Moreover, this is just one of many studies, genetic and otherwise that have given differing results. According to some, smaller women live longer; if you believe others, they don’t live as long.

However, it’s the kind of study to raise a lot of interest. Women do live longer than men, at least in this country, an average of 81 years, compared to 73 for men. Add to that the figure that 85% of those over 100 are women – and women tend not to develop cardiovascular disease until after menopause. On top of that, as a general rule, women are shorter than men.