Home > Lifestyle Influences > How Does the Brain Cope When You Live to 100?

How Does the Brain Cope When You Live to 100? 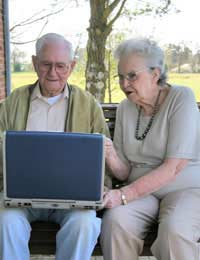 There have been the few centenarians that have accomplished amazing physical feats into their next century of life. Most maintain at least some level of physical activity. However according to centenarian researchers a majority of the 100 year-old set does indeed maintain sharp minds and good cognitive function. The secret say the experts is to start now, and keep your brain functioning to its peak performance long before you reach that triple digit birthday.

Almost all of the centenarians interviewed by researchers said they keep up their mental faculties by engaging in stimulating mental activities that are both fun and interesting. Crossword puzzles are very popular among centenarians, as are card games such as bridge, and jigsaw puzzles, which not only can help keep the mind sharp, but when done with one or more partners, keep social connections going.

Anti-aging experts say that if you expect to live to 100, and want to enjoy it when you get there, the time to stretch your “brain muscles” is now. Challenge you mental capacity as much as possible. Take a stab at reading challenging books or complex technical or medical journals. Try learning one or more foreign languages, or take up a musical instrument.

Even learning a new dance can exercise your brain as well as your body. Believe it or not centenarians in Hawaii were taught, practiced, and performed the traditional hula dance. The intricacies of using the arm and hand movements to tell a story were a stimulating and mind-building exercise. Dance is an activity that requires coordination between multiple brain regions. So do many other artistic endeavours such as painting or drawing. These activities produce multiple benefits for the brain functions of centenarians.

You may not find too many 100-year-olds pledging fraternities, but experts say that late- life learning is also a great way to preserve cognitive function in later years. Harvard University did recently bestow a bachelor’s degree on an 89-year-old woman. Centenarians may not have the ability to matriculate, but they have been known to take a course here and there, and anti-aging experts say the regimen of classroom study is a brilliant way to maintain mental acumen.

Telling Their Own Story

Whether by their own choice or at the suggestion of a caregiver or relative, many centenarians studied for their positive mental functions were working on an autobiography. Anybody who has achieved the age of 100 or more, obviously has a fascinating story to tell. Anti-aging experts encourage centenarians to do so in the form of written autobiographies. The autobiography by its nature is the ultimate form of self-expression. Many centenarians work on what is called a “guided autobiography”. This is where a counsellor or social worker will give the centenarian specific areas about times in their lives on which to reflect. The “Guided Autobiography forces the centenarian to remember, and to use their mind to put those recollections into words. For those that do not want to stretch back over the years, keeping a daily journal can serve the same function.

In industrialized nations, the vast majority of centenarians had some degree of higher education. Many held advanced degrees, several were former physicians, engineers, and scientists. . In developing countries those that reached 100 may not have had the same educational opportunities. However the centenarians there seemed across the board to have always had active minds throughout their lives and sought mental stimulation, mental activity, and learning wherever and whenever they could. The tradition in many tribal cultures of the elders being the repository of the peoples knowledge and responsible for the retelling of their oral history may serve the same purpose as the “Guided Autobiography”.